15 Jobs That Will Thrive in the Future (Despite A.I.) 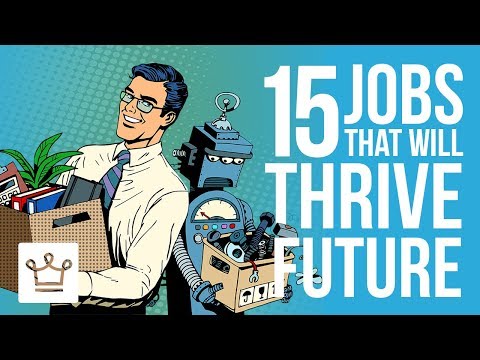 Get the Homo Deus Audiobook for free: https://www.alux.com/freebook

Disclaimer: Signing up for the free audiobook will result in Alux Inc receiving financial benefits from Au… [READ MORE]

The 2017 Saturn Awards have announced their winners, and Marvel took four home for film and tv! Celebrating science-fiction, fantasy, and horror films and television, the Saturn Awards gave Marvel Studios’ “Doctor Strange” the statue for Best Comic-To-Film Motion Picture, and “Marvel’s Luke Cage” tied with “Stranger Things” for Best New Media TV Series. >But that’s not all! Tilda Swinton earned Best Supporting Actress in a Film for her role as the Ancient One in “Doctor Strange” while Tom Holland took home the award for Best Performance By a Younger Actor in Marvel Studios’ “Captain America: Civil War.” Congratulations to all the winners, and stay tuned to Marvel.com for the latest on Marvel film and TV!

(TrendHunter.com) These Lightsaber Salt And Pepper Grinders will transport your cooking to a galaxy far, far away. This hilarious kitchen accessories are daring users to play with their food with a cooking set that…

From Cracked: All Posts –Not Sure What To Watch? Boom, Done.:

By CRACKED Readers Published: June 16th, 2017 – Ratings for movies and shows are … umm … overrated. There are too many people voting with too many differing opinions to really get a good idea of whether or not what you’re thinking about watching fits your personal tastes. Well, screw all that — here are some pictures and charts that’ll tell you exactly what’s in store.

From Comic Book Movie –SPIDER-MAN: HOMECOMING Will Be The First Film In A New Spidey Trilogy According To Star Tom Holland:

We knew there would be at least one more solo movie after Spider-Man: Homecoming, but Tom Holland (Peter Parker) has now seemingly confirmed plans for a new trilogy during a recent interview…

From Cracked: All Posts –5 Series Defining Plot Points That The Films Need To Drop:

By Daniel Dockery Published: June 06th, 2017 – When something becomes ridiculously popular, it’s nearly impossible to separate it from some of its most notable aspects. It’s hard to imagine a Lord Of The Rings without the Hobbits. It’s difficult to envision a McDonald’s that doesn’t sell Big Macs. And tequila simply isn’t tequila unless it’s followed by punching your friend for almost no reason. But in the case of a few pop culture franchises, the inability to split from some seemingly important building blocks is what’s keeping them from evolving. And when you look closer, you begin to realize that, like that sixth tequila shot, you don’t really need these things at all in order to create an entertaining experience…

(TrendHunter.com) Meltdown eSports Bars are a European franchise that recently moved to North America, and the franchise organized a Meltdown City Clash tournament that recently took place at its Montreal location. Meltdown Montreal offers a distinct service when compared to other bars and establishments that offer traditional arcade games and board games, although it does feature retro console gaming. The bar also hosts video gaming events and has done so since it opened last year, with its most recent one being the Meltdown City Clash tournament in which the winner received a €1,200 prize. ..

(TrendHunter.com) Fans of Star Wars will likely recall Bantha milk as a beverage from the intergalactic franchise with this conceptually designed Bantha Blue Milk branding coming as an artistically designed creation…

From Marvel Movies News –Follow the History of the Black Panther Pt. 38: