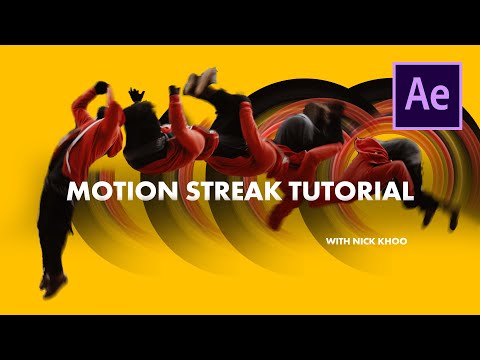 Learn an easy way to do the motion streak effect in AE from my genius friend Nick Khoo.

– Get one month of ENVATO ELEMENTS for FREE! Click Here: https://1.envato.market/knG1d

Feel free to contact Nick on IG (@nickbenkhoo_motion) or via email (Nick@atommedia.tv)
Check out his dope portfolio at http://www.atommedia.tv/ 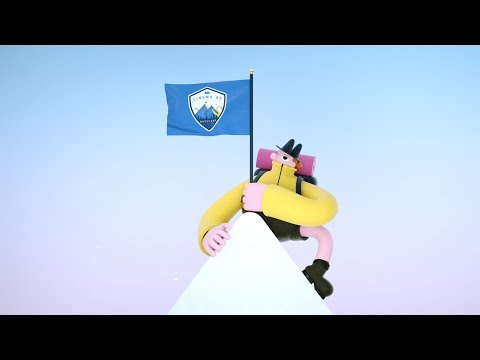 Ready to create Explainer Videos like a pro? This project-based course throws you into the deep-end and gives you the training and tools to create a fully-realized piece from bid to final render.
Explainer Camp: https://www.schoolofmotion.com/explaine…

You will learn how to handle bidding, landing, and producing an entire piece from start to finish. You’ll watch your instruc… [READ MORE]

From Comic Book Movie –Robert Downey Jr. Hopes To Exit MCU Like Jordan Not Kobe: "Want To Hang Up My Jersey Before It's Embarrassing":

With all signs pointing toward Spider-Man: Homecoming being a colossal hit this weekend, some eyes have started looking ahead to the unpredictable future of the Marvel Cinematic Universe, and while it certainly looks bright for new characters like Tom Holland’s Peter Parker, it looks considerably more cloudy for several Marvel mainstays, none more so than Robert Downey Jr.’s Tony Stark, a character we’ve known and loved since the MCU’s inception in 2008. While RDJ is currently filming Avengers: Infinity War and is expected to begin Avengers 4 later this summer, rumors have already started to swirl that the epic two-part Phase 3 finale may indeed be the end of the line for his version of Iron Man. Also, considering that there are no definitive plans in place for an Iron Man 4, which combined with the fact that he hasn’t toplined a film since 2014’s The Judge, it would make sense if the 2x Academy Award-nominee wanted to pursue other projects as he transitions into the next stage of his illustrious career.

(TrendHunter.com) These Lightsaber Salt And Pepper Grinders will transport your cooking to a galaxy far, far away. This hilarious kitchen accessories are daring users to play with their food with a cooking set that…

From Comic Book Movie –SPIDER-MAN: HOMECOMING Will Be The First Film In A New Spidey Trilogy According To Star Tom Holland:

We knew there would be at least one more solo movie after Spider-Man: Homecoming, but Tom Holland (Peter Parker) has now seemingly confirmed plans for a new trilogy during a recent interview…

Witness the legend. Behold the unmasked Black Panther on his Wakandan throne in the first official Marvel Studios’ “Black Panther” poster below! Don’t miss the World Premiere of the brand new teaser trailer tonight during Game 4 of the NBA Finals game between the Warriors and the Cavaliers. Marvel Studios’ “Black Panther” hits U.S. theaters on February 16, 2018. Marvel Studios’ “Black Panther” follows T’Challa who, after the death of his father, the King of Wakanda, returns home to the isolated, technologically advanced African nation to succeed to the throne and take his rightful place as king. But when a powerful old enemy reappears, T’Challa’s mettle as king—and Black Panther—is tested when he is drawn into a formidable conflict that puts the fate of Wakanda and the entire world at risk. Faced with treachery and danger, the young king must rally his allies and release the full power of Black Panther to defeat his foes and secure the safety of his people and their way of life. “Black Panther” stars Chadwick Boseman, Michael B. Jordan, Lupita Nyong’o, Danai Gurira, Martin Freeman, Daniel Kaluuya, Letitia Wright, Winston Duke, with Angela Bassett, with Forest Whitaker, and Andy Serkis. The film is directed by Ryan Coogler and produced by Kevin Feige with Louis D’Esposito, Victoria Alonso, Nate Moore, Jeffrey Chernov and Stan Lee serving as executive producers. Ryan Coogler & Joe Robert Cole wrote the screenplay. Marvel Studios’ “Black Panther” hits U.S. theaters on February 16, 2018.

From Cracked: All Posts –5 Series Defining Plot Points That The Films Need To Drop:

By Daniel Dockery Published: June 06th, 2017 – When something becomes ridiculously popular, it’s nearly impossible to separate it from some of its most notable aspects. It’s hard to imagine a Lord Of The Rings without the Hobbits. It’s difficult to envision a McDonald’s that doesn’t sell Big Macs. And tequila simply isn’t tequila unless it’s followed by punching your friend for almost no reason. But in the case of a few pop culture franchises, the inability to split from some seemingly important building blocks is what’s keeping them from evolving. And when you look closer, you begin to realize that, like that sixth tequila shot, you don’t really need these things at all in order to create an entertaining experience…

From Marvel Movies News –Ford Aims to Let Fans ‘Become the Guardian of Your Galaxy’:

People cannot wait for “Marvel’s Guardians of the Galaxy Vol. 2” to land in theatres on Friday, May 5, but Ford has a plan to get the good times rolling now. Fans can start the party early by entering the “Be the Guardian of Your Galaxy” sweepstakes at http://www.marvel.com/ecosport. Entrants get a chance to win a Ford EcoSport, a hometown screening of the movie, one of 150 custom illustrations by a Marvel artist depicting the fan as a galactic hero, and plenty of swag. In addition to the All New 2018 EcoSport, the compact SUV designed for all intelligent life, making its big screen debut in “Vol. 2,” the car makers are offering fans a chance to see exclusive Guardians of the Galaxy art before the film opens wide in theaters everywhere. The art, inspired by many of the classic album covers of the 80s, became available to fans through this tweet and in the gallery belowfor the first time. Browse, save your favorites, use them for your phone lock screens, computer backgrounds, and social media profiles, and be sure to let your fellow Galactic travelers know where they can find some of the coolest art this side of Ego the Living Planet. Stay tuned to Marvel.com for the latest on Marvel Studios’ “Guardians of the Galaxy Vol. 2,” follow @Guardians on Twitter and like the official Guardians of the Galaxy page on Facebook for the latest! Please visit ford.com/suvs/ecosport for more information about the fun, capable, and connected 2018 Ford EcoSport! No purchase necessary. Void where prohibited. Must be legal U.S. resident 18 years of age or older. Sweepstakes ends 5/31/17. See Official Rules for details. Ford EcoSport available early 2018.